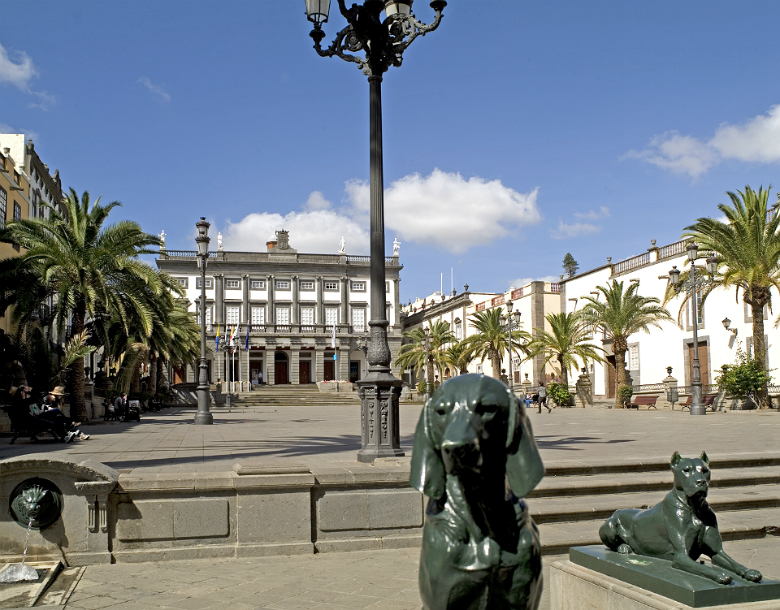 The Casas Consistoriales (Plaza Santa Ana, Vegueta) is a reference of the architectonic and artistic heritage of Las Palmas de Gran Canaria. The building, of neoclassical style, was built between 1842 and 1855. It remained closed from 2001 until April 2010 due to a full restoration works directed by architects Magüi González and José Antonio Sosa.
The visitor is welcomed by a patio of Canarian tradition. The current building also displays an important artistic depiction. Its walls hold about 90 paintings from authors like Cristino de Vera, González Méndez, and Jesús Arencibia.
Among them, the burlaps by Manolo Millares, in the Boardroom, and the famous painting Inmigrantes by Ventura Álvarez Sala, donated by El Prado Museum in 1909, in the main entrance staircase, stand out.

Free guided tours
Those who wish to visit the Town Hall may participate in the free guided tour offered by the City of Las Palmas de Gran Canaria every Sunday, from 10am to 1pm (meeting point: Plaza de Santa Ana, in front of the Tourist Information Office).