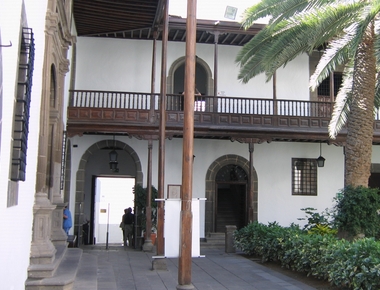 It is part of the architectural set of the Cathedral of Santa Ana. Situated on the Patio de Los Naranjos, a cloister dated in the seventeenth century, a sample of the traditional Canarian style.
The museum keeps an important collection of the religious heritage of the city (images, paintings and gold jewellery). Among the pieces that remain in the centre, stando out those of the Flemish school of the sixteenth century, such as the wooden carving of Santa Catalina de Alejandría, one of the most venerated images in Las Palmas de Gran Canaria. Also of great interest are the images from the Castilian and Andalusian school from the sixteenth and seventeenth century, along with the works of relevant Canarian masters like imager Luján Pérez.

Mondays to Saturdays, from 10am to 4.30pm
Closed on Sundays