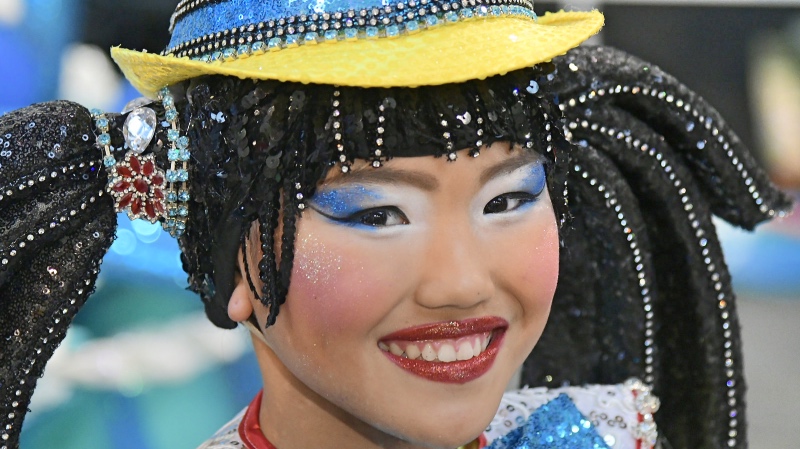 The Las Palmas de Gran Canaria Carnival, designated a Fiesta of National Tourist Interest, becomes the epicentre of activity for almost a whole month for a city with a different way of living through the winter. People living here are passionate about the event, and it works its charms on visitors who can take advantage of the dates to join the celebrations in the street, and who also attend the great galas in the programme. The Carnival Queen Gala or the famous Drag Queen Gala, followed worldwide, are the identifying features of a fiesta, which, all the same, also sets aside plenty of space in the programme for family events. Indeed, the little ones have a whole calendar of entertainment over these days in the Gran Canaria capital, immersed in its own Carnival culture.

The 2019 festivities, themed around A Night in Rio, in tribute to the Rio de Janeiro carnival celebrations, as a symbol of openness, freedom and integration. And, like every previous year, the schedule planned by the organisers offers a great range of things to do for younger carnival-goers. On the one hand, there are acts which are specifically designed for children. And on the other, there are different events suitable for people of all ages, which can be experienced in the city as a family. This is another characteristic feature of this Carnival which is unique, contemporary and belongs to a city which is not only transformed by Carnival but also transforms itself for Carnival. In this case, from February 15th until March 10th 2019.

The first weekend with children at centre stage 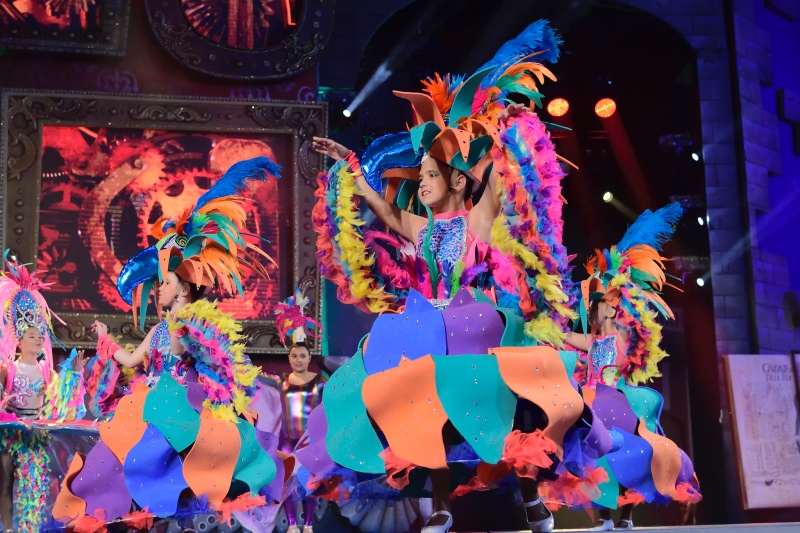 On the first day, when the opening proclamation takes place in Plaza de Santa Ana, right in the historic centre, families can get an advance taste of the festivities with a musical parade proclaiming the start of Carnival, as it passes through the city's oldest streets. This is only an appetiser for everything that will take place later around the Parque Santa Catalina, where each year a stage is built (designed according to the allegory that the citizens choose each year as the theme for the Carnival): this is where all the great spectacles of the festivities take place. 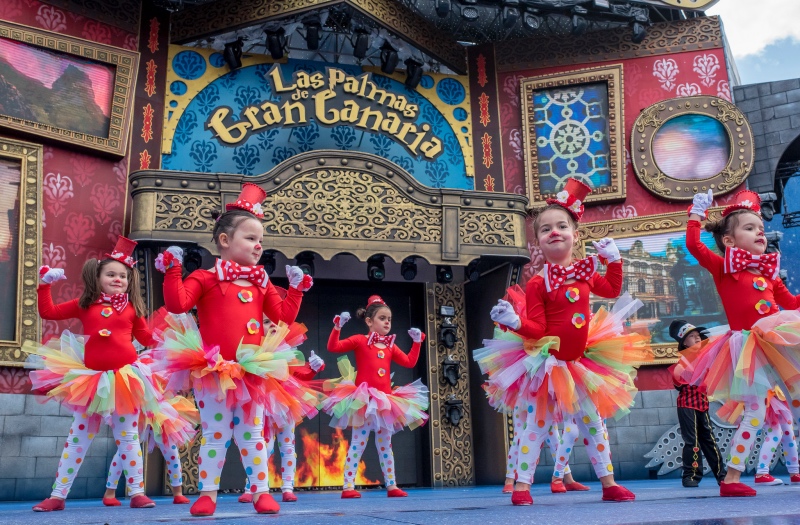 The first, Saturday February 16th, with the junior comparsas - stage shows - contest (19:00 hrs), where visitors can see for themselves how the Carnival's youngest talents experience the festivities. On the following day, from 11:00 hrs onwards, Santa Catalina brings together a multitude of junior groups as they celebrate their own fancy dress festival. Their families cheer them on from the audience... as do a good crowd of tourists who pass by the stage on their visits to the city: guests at its hotels and apartments, day-trippers from the south of the island... or people on the cruises that have put in at the nearby Santa Catalina Dock, and who are becoming regulars at these events in the park. 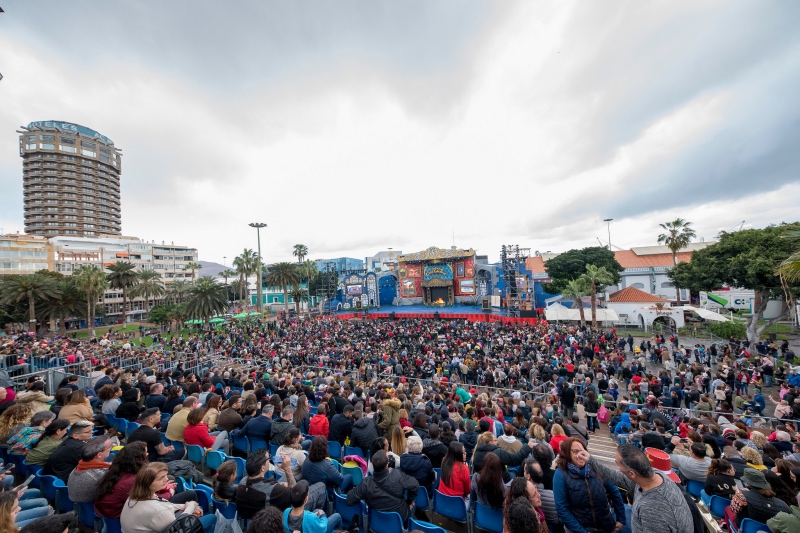 The first full week of the programme is devoted to the murgas and comparsas competitions, although on the Saturday and Sunday, families travelling to the city have other opportunities to join the celebrations. Among these is the Vegueta Daytime Carnival; it's a good idea to go early if you're with children, before the multitudinous crowd takes over the streets again. This is the programme for Saturday February 23rd: the first of the daytime fiestas that fill so much of the Las Palmas de Gran Canaria Carnival Schedule, which repeats these celebrations in the sunlight on two Sundays, February 24th and March 3rd, and on Carnival Tuesday (March 5th) in Santa Catalina Park, and on Saturday March 2nd in and around Triana's Calle Mayor, in the historic heart of the city once again. 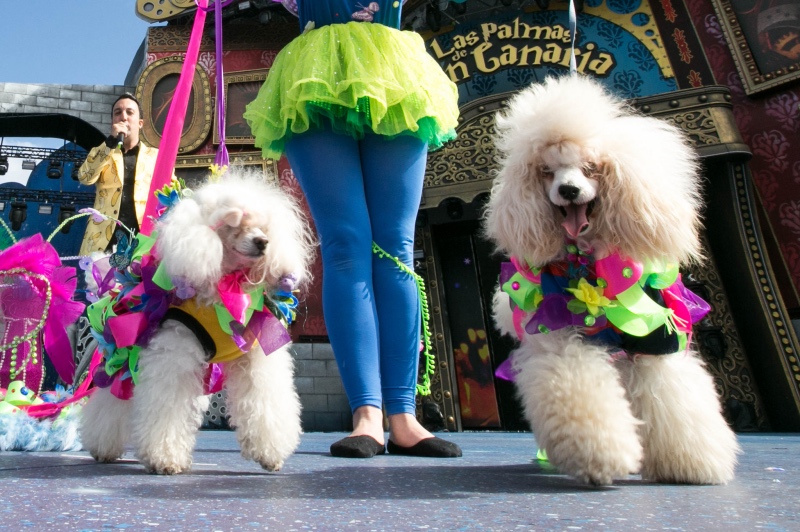 Sunday February 24th is also a chance for the little ones to get to know the Dog Carnival (12:00 noon). The pets in their costumes, together with their owners, gather at Santa Catalina to compete on stage in a unique competition, followed from the stands with the same spirit. What a gathering of Carnival dogs, showing off their costumes in this singular social happening. 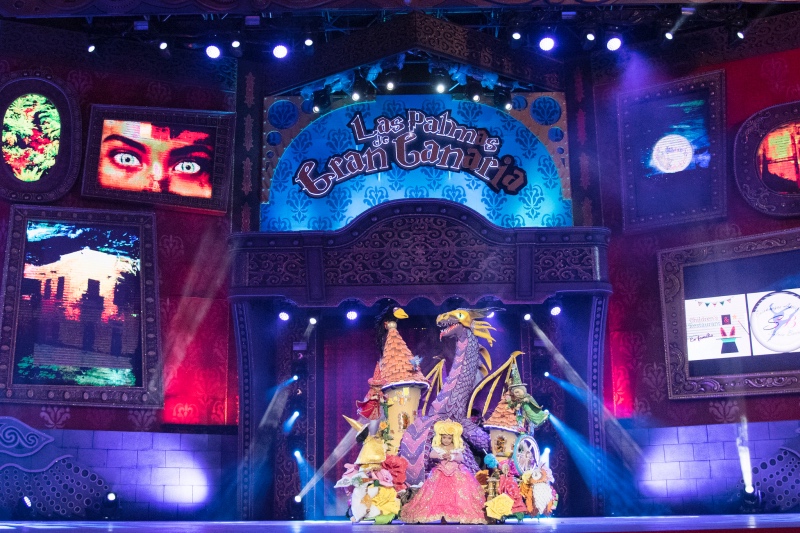 On that same Sunday, 24th, the Parque Santa Catalina is taken over by the candidates for Junior Queen or King (19:00 hrs). A competition with very young contenders for the junior crown of the Carnival. It is no insignificant matter: many of the designers who compete in the big gala with their spectacular designs are also the designers behind the kids' costumes. This gala is closely followed by the families, and reveals to the visitor the importance in the fiesta of the Queen's dresses.

A Tuesday for the little ones 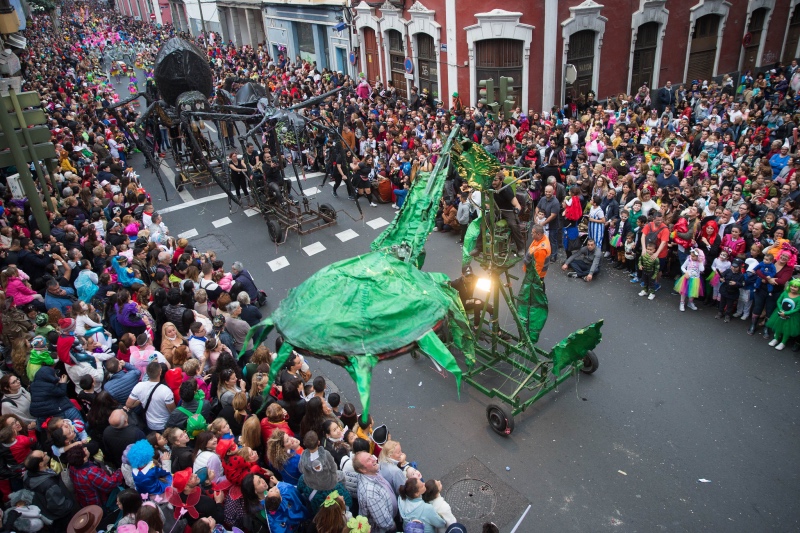 On Carnival Tuesday, March 5th, the Gran Canaria capital's Carnival schedule dedicates a great day to kids. It's the day of the Junior Parade, which leaves from Castillo de La Luz at 17:00 hrs, and ends in Santa Catalina. It's the festivities' great junior procession, where groups with the youngest Carnival participants take part, alongside floats and a multitude of families in fancy dress. The parade ends with a great children's party in the Parque Santa Catalina, with musical performances. Without a doubt, a great opportunity for the little ones to understand the importance of the Carnival and to join in the fun of the great fancy dress party. 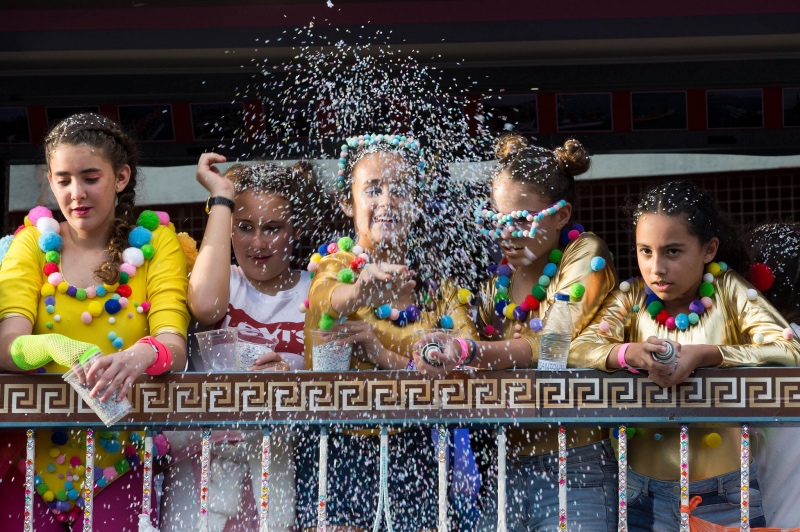