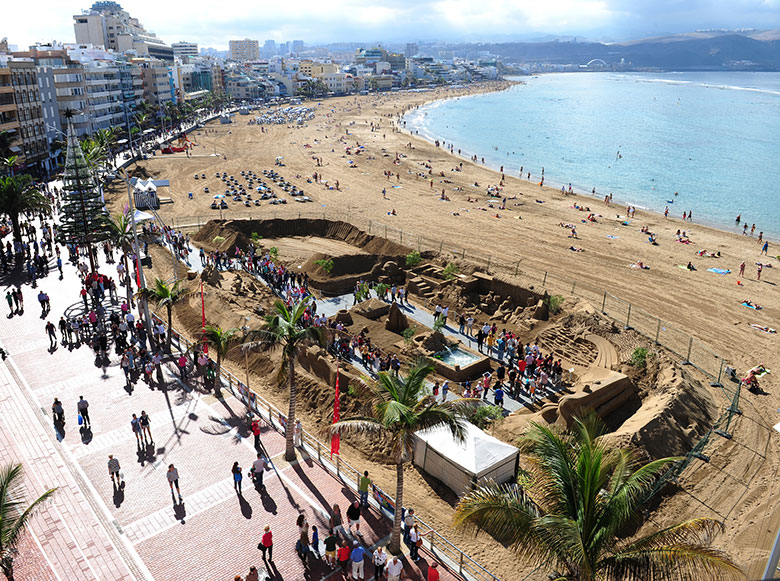 Las Palmas de Gran Canaria awaits Christmas times with excitement. The most distictive event during Christmas is the traditional Sand-made Christmas Scene in Las Canteras Beach; a crib-scene made by national and international sand-sculptors that is visited by thousands of locals and visitors. Open-air concerts, specially the one held on Three King's Eve are a must due to the pleasant temperatures enjoyed in this city during wintertime. On January 5th, a traditional great parade of the Three Kings walks the streets amusing the thrilled children.