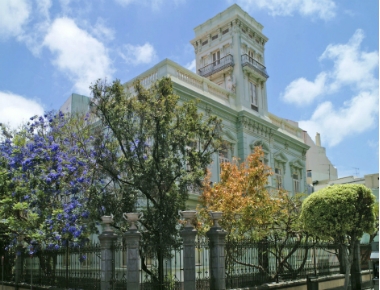 This singular building, located in the borough of Triana, between the streets Pérez Galdós and Perdomo, is an important culture reference in the city. It has been the seat of the Conservatorio Superior de Música (High School of Music), the Ministry of Education and Culture of the Government of the Canaries, the Direction of Universities and Research, and also the seat for the Canary Academy of the Language.

The Rodríguez Quegles Palace opens its doors now as a dinamizing space for the culture of the capital city, as an open doors space for exhibitions, creation and cultural coordination. CreActiva will be the picentre of this project from where all the cultural activites of the city will be coordinated, whereas in the building itself as on any other part of the city.