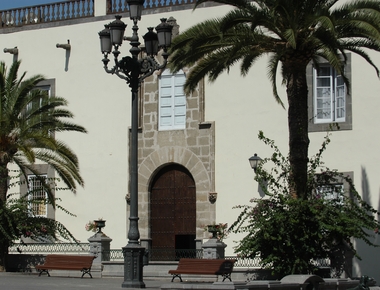 It was built in Plaza Santa Ana in the sixteenth century, as a symbol of religious power, although its façade dates from the fifteenth century. Built by architect Juan Ponce de León, the architecture emphasizes the alfiz of the portico.
It has undergone several renovations and reconstructions. The last one of them was done in the mid-nineteenth century. It has two floors and a beautiful whilst simple and austere façade.
Inside the Palace is the Bishop’s residence. Admission is free to certain premises.