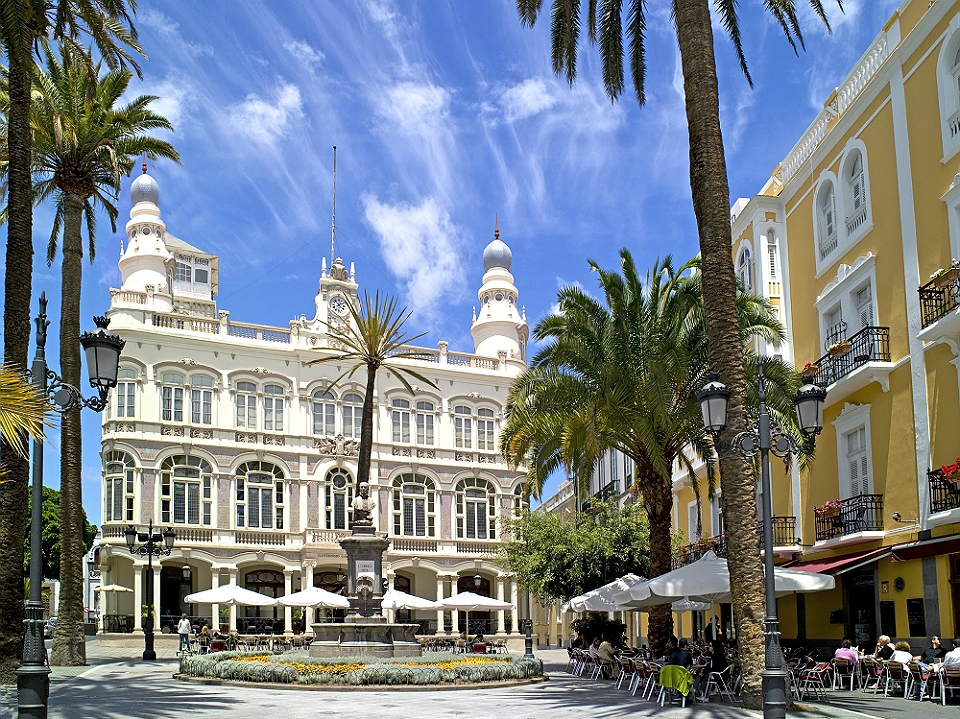 The main façade of the Gabinete Literario is a reference spot in the architectonic heritage of the city. Its singular windows, two towers crowned by exotic domes and its decorative surface ornaments make the exterior of the building one of the most beautiful on the city. The interior, with modernist elements, is dominated by the cosy main staircase that leads to the former ballroom, today the Golden Hall, a monumental room of French style that offers a dense combination of artistic elements.
Its ceiling is decorated by three large canvases painted in the early twentieth century by the artist Manuel González Méndez, with mythological themes representing Apollo, Orpheus, and Thalia.

The Red Hall features a coffered ceiling art and, next to it, there is the famous Meifrén Hall, where a collection of oil paintings by Eliseo Meifrén Roig, dated from the stay of this Catalonian artist in Las Palmas de Gran Canaria in the early twentieth century.
The Gabinete Literario, since its official foundation to the present, has played a leading role in the literary, cultural and scientific development of the city and of the Canaries as a whole.