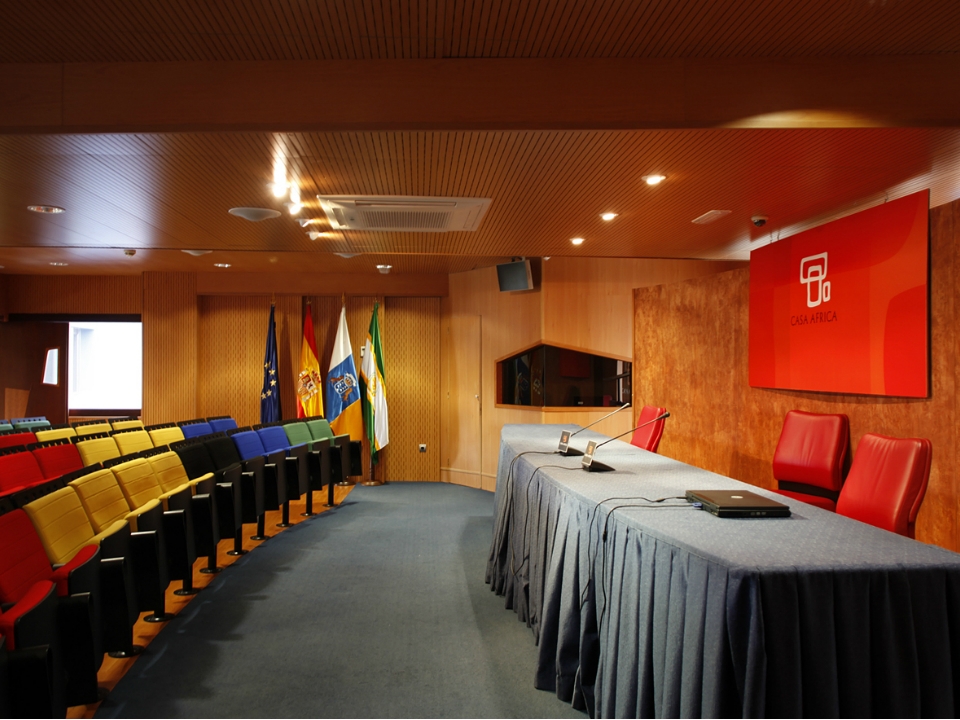 Casa África is based in an emblematic building in Las Palmas de Gran Canaria. Besides housing the institution’s administrative offices, it contains facilities for hosting different kinds of activities. From this privileged position, Casa África promotes the Canary Islands as being a meeting point between Spain, Europe, Africa and Latin America.

Casa África is an instrument of public diplomacy aimed to serve the State's foreing policy. The Consortium Casa África, set up on the 26th June under the Africa Plan of the Government of Spain, is composed of the Ministry of Foreign Affairs and Cooperation, Government of the Canary Islands, the Spanish Agency for International Development and the Municipality of Las Palmas de Gran Canaria.

Casa África began its activity with the opening of its headquarters in Las Palmas de Gran Canaria by Their Majesties the King and Queen of Spain on June 12, 2007. Its main objective is to enhance mutual knowledge
and promote relations between Africa and Spain through cultural, political, social and economic activities.

To fulfil its mission, Casa África works to achieve two complementary objectives. On the one hand, to bring Africa closer to Spain, to Spanish public opinion as a whole (universities, experts, businessmen, media outlets and citizens in general) by incorporating the knowledge and participation of Africans and their institutions. The aim is to publicise the African continent’s potential through activities in all areas, especially cultural, social and economic.


The other main goal of Casa África is to work alongside African societies and institutions to get to know their interests and priorities, helping to identify potential counterparts and promoting contacts. The mission therefore also implies acting as a spokesperson for African interests and priorities with respect to Spain and the EU. These objectives are complementary and are coordinated around the priorities framing the Africa Plan.

Casa África’s challenge is to be a public diplomacy reference for Spain and Europe in relations with Africa, while at the same time offering decisive cooperation towards ensuring that the neighbouring continent gains its rightful place in the world and is taken for what it really is: a continent which faces major challenges, yet also has great potential and is well endowed with wealth and opportunities.