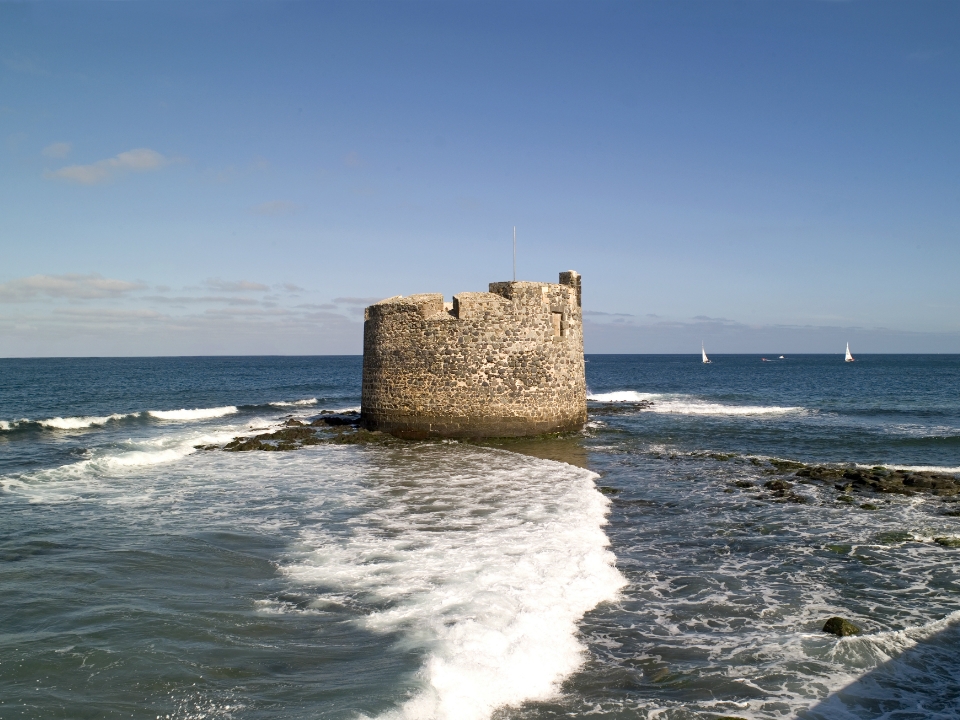 San Cristóbal is the fishing district of Las Palmas de Gran Canaria, the south gateway to the City. The quiet and welcoming character of its neighbours, its restaurants, which offer much recommended fresh fish, attracts visitors and neighbours of the city who can relax enjoying the fresh breeze of the sea.
One of the heritage references of the city is located in this fishing district: the Turret of San Pedro Mártir, Historic-Artistic Heritage, affectionately known as Castle of San Cristóbal. It is a watchtower built the 1577 and rebuilt in 1638. It served on the defence of Las Palmas de Gran Canaria in the sixteenth century and had a military use until the nineteenth century.
The borough is connected to the rest of the city through the seafront avenue, which allows it to be reached on foot or bicycle thanks to its cycle-lane.