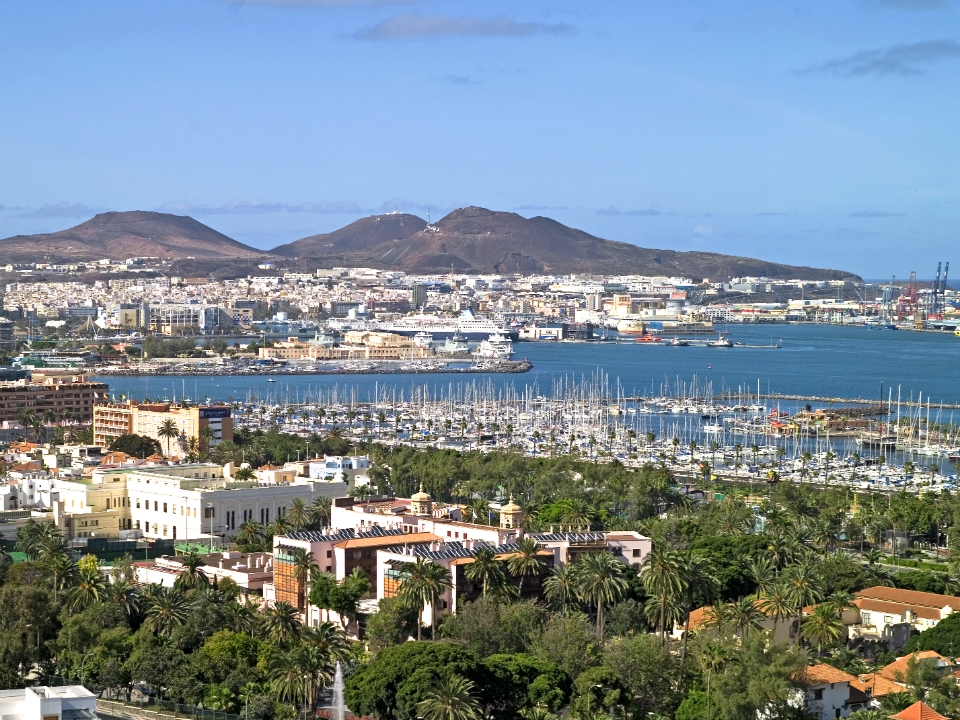 The district of Ciudad Jardín, on the lineal centre of the city, is the best example of the British footprints in Las Palmas de Gran Canaria. The British presence, during the second half of the nineteenth century and the first half of the twentieth century, was one of the highlights of its recent history.
Many talk of Ciudad Jardín as the city of the English and samples of this past are the Anglican church, declared a site of Cultural Interest; the British Club; Santa Catalina Hotel, which had Agatha Christie as one of its famous guests; or the former Metropole Hotel, homing today offices of the Town Hall.
Ciudad Jardín, however, rather than being just cosy houses and gardens with the purest British style, also homes the lung of the city: the Parque Doramas, where a selection of the diverse flora of the isles can be seen.
Santa Catalina Hotel and the Pueblo Canario are in the nearby area. Designed by architect Miguel Martín Fernández de la Torre and his brother Néstor, whose work is dedicated to the museum located on the Pueblo Canario, it is a gathering place for Canarian arts and folklore also home of a typical cellar.