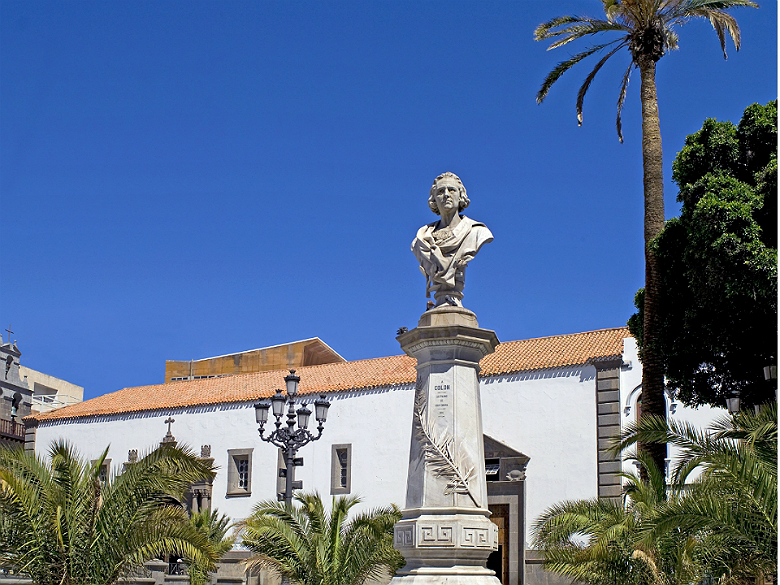 The Alameda de Colón commemorates Christopher Columbus’ stay in the city during his Atlantic crossing adventure. The square is located in the area of Triana, next to Cairasco Square and the Gabinete Literario. It is also the location of the Church of San Francisco, which homes the image of Our Lady of La Soledad, revered by many citizens.
Next to the Alameda de Colón, on Domingo Déniz Street, there are three buildings of great architectonic interest. The Civerio Lezcano House, at street number 5, that belonged to the majorat of the same name and was rebuilt in the eighteenth century, and numbers 7 and 9 dated in the first half of the nineteenth century.
The Columbus’ Monument, presiding over the square, was a project of Laureano Arroyo (circa 1892).