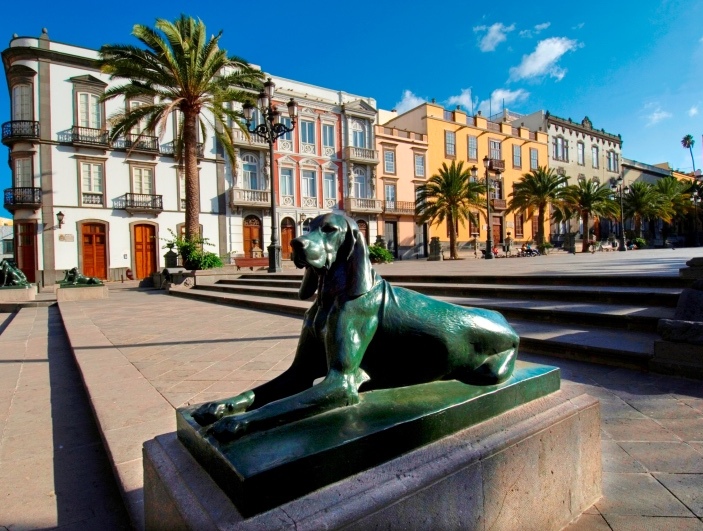 Vegueta still keeps its own architectural charm, an insight of the later colonial style that would develop throughout the other side of the Atlantic.

The Real de Las Palmas was founded on the 24th of June, 1478. It would be the ground of the current City of Las Palmas de Gran Canaria, a great Atlantic capital today, and the most inhabited city of the Canaries. Its history is always explained starting in the borough of Vegueta, where all of its later development was originally set up.

Nowadays, the old town of Las Palmas de Gran Canaria enjoys an intense urban life, full of restaurants and an attractive array of museums, among which the CAAM (Museum of Modern Art), San Martín Centre for Contemporary Culture, Diocesan Museum of Sacred Art, Museo Canario or Casa de Colón clearly highlight. Casa de Colón (Columbus House) was the site of the Island's Governor, and was visited by Christopher Columbus in 1942 before casting off towards his Discovery. The famous sailor visited the city several times.

Christpopher Colulmbus also prayed inside the Chapel of San Antonio Abad, a religious highlight in the Old Town. Other important religious icons are the Cathedral and the Churches of Santo Domingo, along with its square, and San Agustín.

The iconic Market of Vegueta, always colourful with its wide offer od fruit, groceries, and other local products, complements the map of Vegueta. Visitors can enjoy a singular route to discover the Old Town.