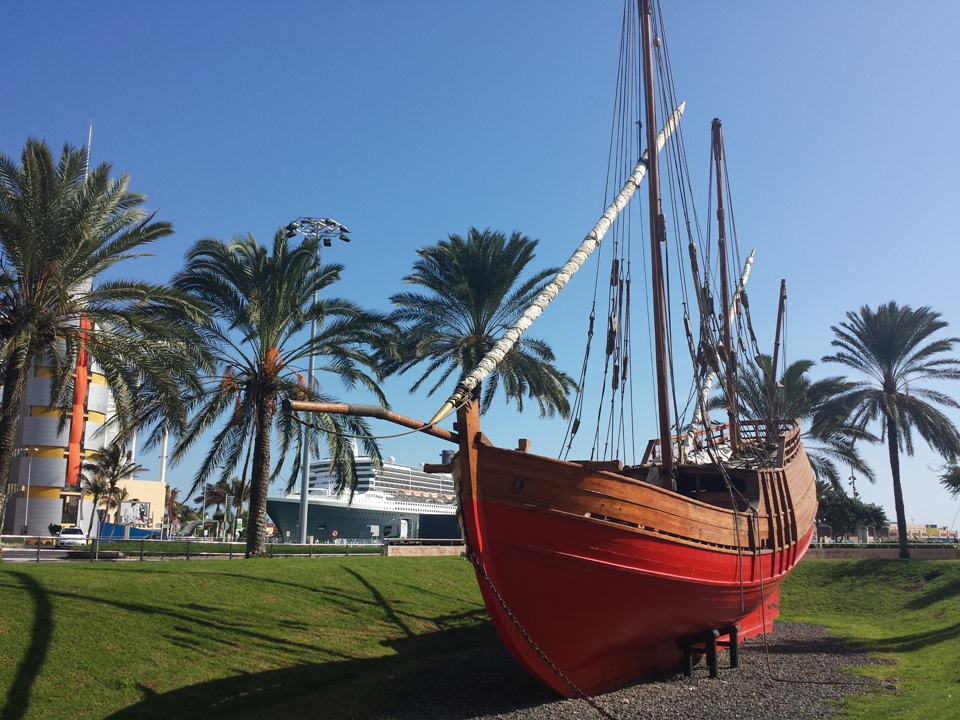 The replica of the historic Caravel La Niña III receives, in the back of the Santa Catalina Park, the tourists who visit the city, recalling the important role it played in the Christopher Columbus expedition to America and claiming the Columbian history of the Gran Canaria capital .

The passage of Columbus through Las Palmas de Gran Canaria is very well documented. On May 20, 1492, he arrived at the bay of Las Isletas with four boats and made a stopover of four days. Christopher Columbus was in our city on his first, third and fourth trip.

The caravel "La Niña III" participated in the expedition under Christopher Columbus. The replica of the boat was built in 1992 in Galicia according to the design and criteria of Captain Carlos Etayo. That year she was transferred to Palos de La Frontera, in Huelva, from where she sailed to Las Palmas de Gran Canaria to set sail for the Dominican Republic. The caravel has remained since 2000 in Las Palmas de Gran Canaria.